ZORNHEYM is 5-piece Symphonic Extreme Metal band, that explores a variety of styles within the genres of Black and Death Metal. They deliver a refined blend of Dark Melodies, Crushing Riffs, Technical Percussion, Dramatic Orchestration, and Poetic Story telling. The Opposed is the first single off their debut album “Where Hatred Dwells and Darkness Reigns”. The Swedish extreme symphonic metallers ZORNHEYM have now inked a deal with the Dutch label Non Serviam Records for
The debut single, entitled “The Opposed”

Zornheym is a Symphonic Extreme Metal band from Stockholm, Sweden founded and led by multi-instrumental mastermind and songwriter Zorn.
After parting ways with his former band Dark Funeral, he was determined to shake up the traditional Metal meets Symphony approach with his new band Zornheym.
Zornheym quickly grew from an ambitious idea into a dramatic musical and cinematic narrative revolving around the horrors of a mental institution and its prisoners.
An Asylum for the criminally insane, a place where time stands still and their horrific pasts continue to haunt all upon its grounds.

A SNIPPET FROM THEIR UPCOMING MUSIC VIDEO

END_OF_DOCUMENT_TOKEN_TO_BE_REPLACED 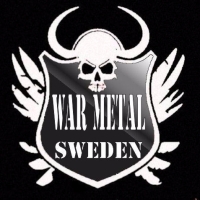