Over the past 30 years, the Alpine republic Switzerland blossomed into a profitable exporter for kick-ass hard rock and unconventional thrash and black metal bands.
Somewhere during this time did a four piece line-up taking form and this did drive these guys to create innovative and creative music. The band that was created was named Gonoreas. 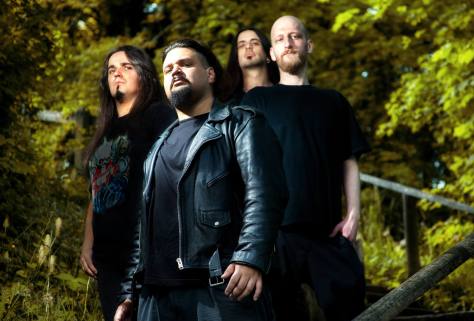 Now 30 years later the now reborn metal act Gonoreas has for almost two decades went into much mischief as music creators and during that time been very productive, these guys has produced five albums in V.O. Pulver´s Little Creek studio, recorded videos and pictures and toured around the world and gained themselves a dedicated following of a horde of fans. All their albums they have released so far has shined with a professional production that can very well be competing with the larger acts of today. These guys do not lie on the lazy side and it sure shines through in their whole creative production both in music as well in public image.
These guys mean serious business and their production is showing serious professional efforts.

After releasing five LP’s and constantly touring through Europe, Japan as well as Brazil the band is now ready to set the world on fire once again with the true and pure Heavy metal sound that most dedicated true metal fans will appreciate, especially those fans that loves old school sound of true genuine real metal. Their sound is classic Metal and you can hear the influences where it comes from, bands like Iron Maiden and Judas Priest. Especially in the vocals of Leandro Pacheco with his high metal pitch screaming vocals that makes your mind think of in some cases of Bruce Dickinson’s high pitched screaming operatic alt vocal ranges, you hear very well who this vocalist has been influenced from, still this band holds their own sound and style without be copycats. They simply do their own innovating thing.

The band has now signed a worldwide deal with Art Gates Records label and will now release their sixth album “Minotaur” on February 23, 2018 on all digital platforms online and on physical CD. You can already Pre-Order the CD album trough Att Gates Records own store.

Minotaur was recorded at Littlecreek Studio in Switzerland in may 2017, produced, mixed and mastered by V.O. Pulver and Gonoreas from June to August 2017 . Guitars Recorded by: Valentin Mösinger at Bonzehuus Aarau Mai 2017, Re-amping by V. O. Pulver. Intro Recorded by Pat Rafaniello in Zürich Juli 2017

Tracklist
1. Bloodstones
2. Seeds Of A New Future
3. Puzzle
4. Eris
5. Price Of Eternity
6. Fragments
7. Behind The Wall
8. Minotaur
9. Transcendence
10. The Lead Masks Of The Vintem Hill

Right now the band is planning for a tour inside Europe, further information for tour dates and information what countries they will be visiting can be found online at the band’s website and on Facebook.

Feedback:
I actually fell in love from the time i pressed play, first that intro. It took me on a trip to the middle east and Greece and i sat there and thought eumm ok this is good, sounds good….Then bang! SURPRISED! I was taken on the couch! Something unexpected came suddenly out of my headphones as that intro had totally fooled me. There, Suddenly came the sound of true pure metal of a vocalist awesome vocals and these guitarists!! I dropped my chin in the table of what i heard. WOW true metal, true old school metal and these guys can riff, shred and solo away in fast tempo like there was no tomorrow and his high pitched metal screaming vocal range make me say i am out of words. Very technically skilled band. Impressive!! You wont be disappointed what you will hear from the time you press play. Their whole album package is a gem with metal true power and energy of Judas priest-ish style and vocal ranges classical old NWOBHM style a la influential of  Iron Maiden-ish style a la Bruce Dickingson of high pitched loud vocal ranges of catchy refrains and sing along lyrical songs without be a copy cat, well i think you get it!, he sure do his own thing but you hear influences of who he is impressed of that vocalist and  you cannot help yourself that the vocals get stuck like a prisoner in your head too, not to talk about their guitars. It makes you want to go into air guitaring yourself and you cannot decide if you gonna air drumming or air guitaring so you look like an idiot probably whilst you trying to do both at the same time.  I strongly recommend this album. A True PURE Metal album! this is No nonsence metal. This is the real deal!! Ohh i longed to hear bands do metal this way, new bands, old bands and therefor Gonoreas won my heart so my music critique Wacken Metal Battle chairman Jury ears and gotten themselves a new fan all the way from Sweden! ME! Great job guys of Gonoreas as i am not very easily flirtdated at all. A band must have IT of the TRUE classical metal sound so a production that impresses me to even impress me a bit and make me become their fan! Keep up the great riffing solos and true metal vocal high-pitched ranged work so the galloping sound of guitars and hard bashing drumming and your dedication you show trough your production work and i will remain galopping around with you! VERY IMPRESSIVE!!! THIS IS REAL AND GENUINE TRUE METAL!! NOT SOME MODERN POP JUNK FAKE METAL MOST NEW GENERATIONAL BANDS TRY TO MAKE THESE DAYS BELIVING THEY CREATING METAL AND CALLING IT SO!! I AM OF THE OLD GENERATION OF THE 80’s TEENS TO NOT EVEN BE IMPRESSED OF THAT! RATHER THE OPPOSITE! TURNED OFF!! BUT GONOREAS WOW!! THIS IS PURE AND TRUE METAL ON METAL! HAIL GONOREAS!!, A BAND THAT  NOT HAS LOST TOUCH AND MAKES SURE TO KEEP THE METAL STILL PURE AND TRUE AS THEY WAS BORN ONCE TO DO! LEARN YOU CHILDREN BY GONOREAS HOW REAL METAL SHALL SOUND!!! RATE: 4/5. War Metal Sweden – Wictoria Olofsson. 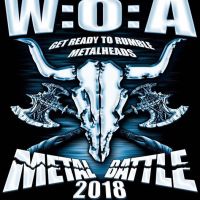 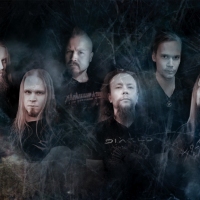